“As the project lead and owner’s rep for a new 130,000 square foot headquarters facility, our Team can’t imagine doing this project without O’Toole Design! The firm’s greatest strength is its ability to strike a perfect balance between providing professional recommendations and opinions, yet allowing us to express our individuality and stay true to our company culture. Equal in strength is O’Toole Design’s willingness to listen to our wants and needs carefully. The firm’s attention to our every question is always promptly met with a thoughtful answer. O’Toole Design has an incredible eye for interior design that we feel comfortable will stand the test of time for form, function and quality. They make you feel like you are their only customer. Lastly, from the bottom of our hearts thank you, O’Toole Design, well done!” 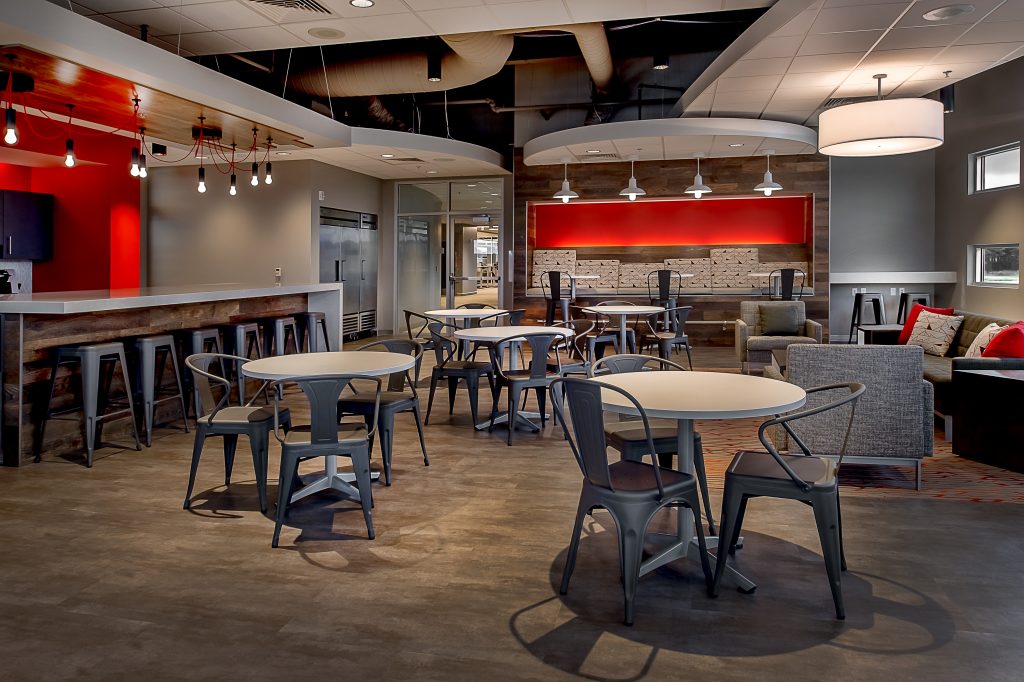 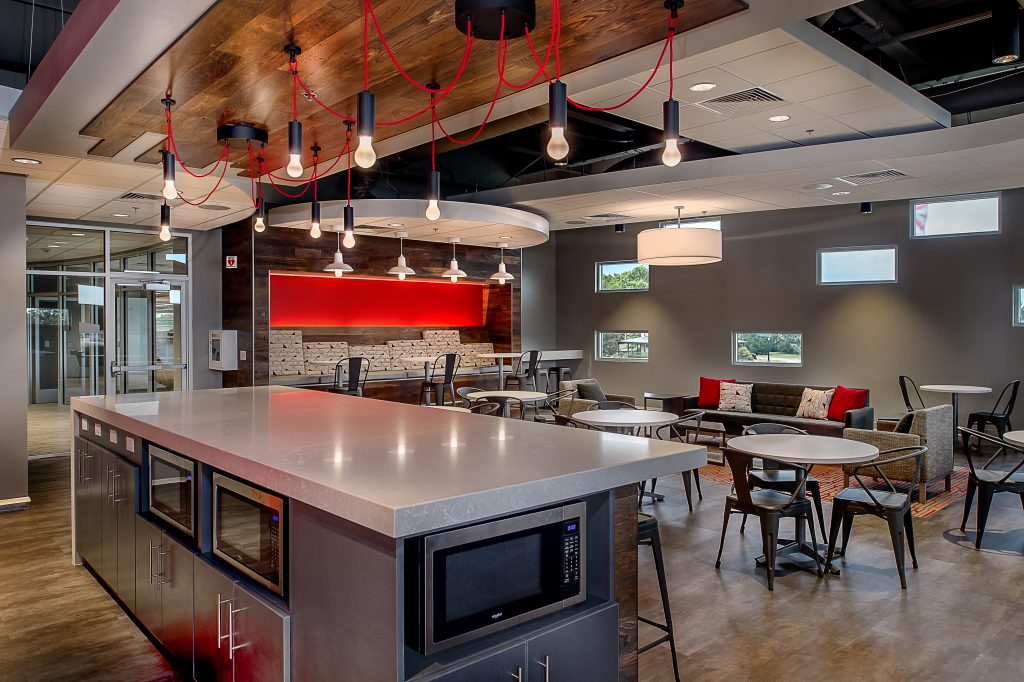 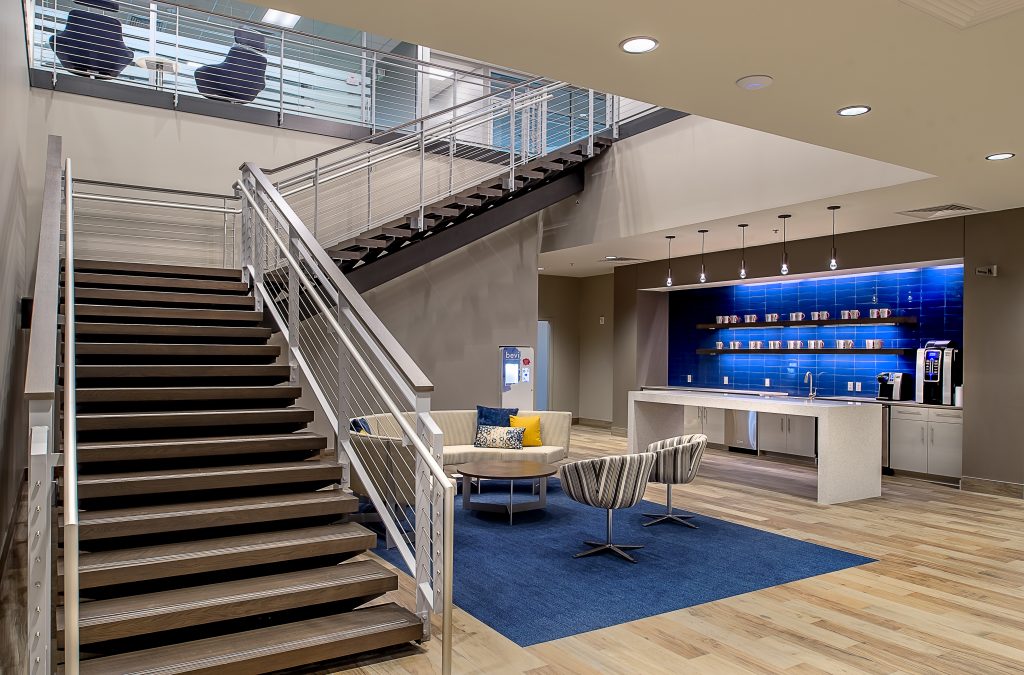 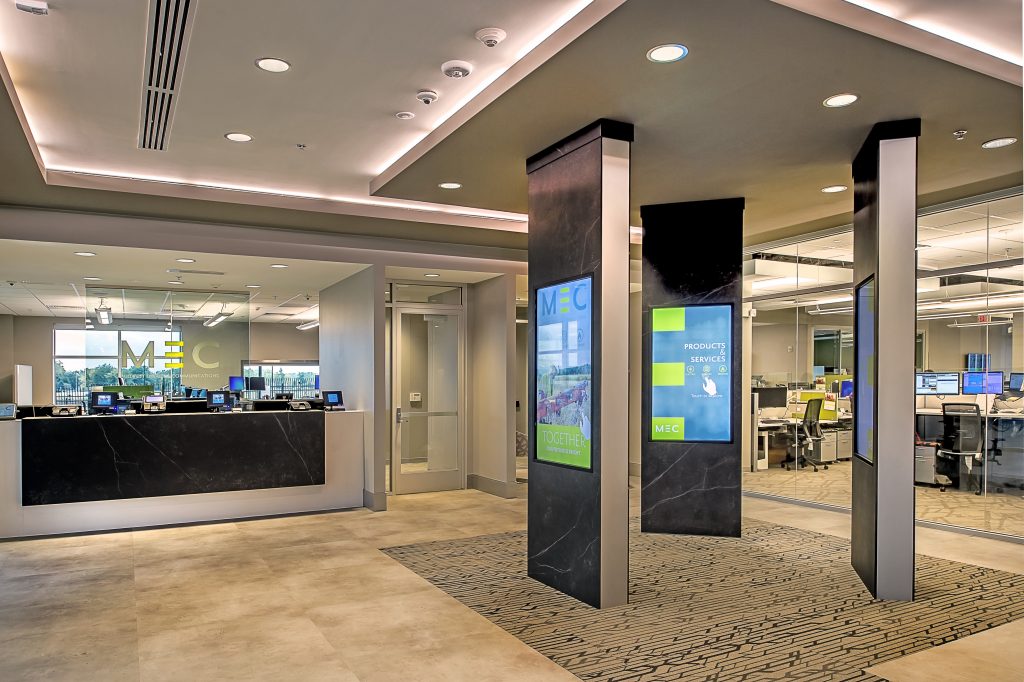 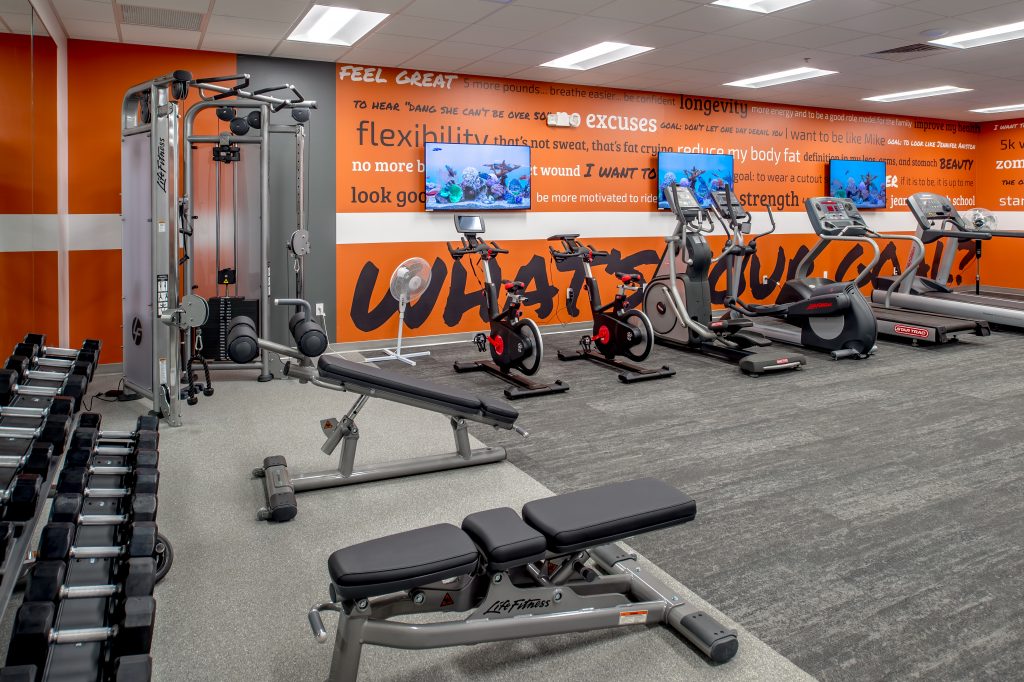 When collaborating on a project, it’s a known fact that communication is the key to achieving that end goal of a great space. O’Toole was tasked with designing a techy, vibrant space while taking three separate ideas and molding them into one final finish scheme. In order to make this happen, a lot of communication was needed between not only the client and the designer but also between the architect’s and the designer.

The final space includes bright pops of blue, green, red and orange with neutral carpets and rich wood tones. A bigger more interactive lobby, a Qdoba inspired breakroom, and a fitness center were a few items on the wish list that were incorporated into the new building’s layout. Employee input was received to personalize spaces such as the fitness room.

What makes this project unique is not only the design but the people as well. M.E.C had a good grasp of what they liked and did not like for their new space which was a huge driver in the early stages of design. With O’Toole Design and M+H Architects sharing the same office space, the communication was at an all time high for this project and the result is an incredible design tailored to the client.